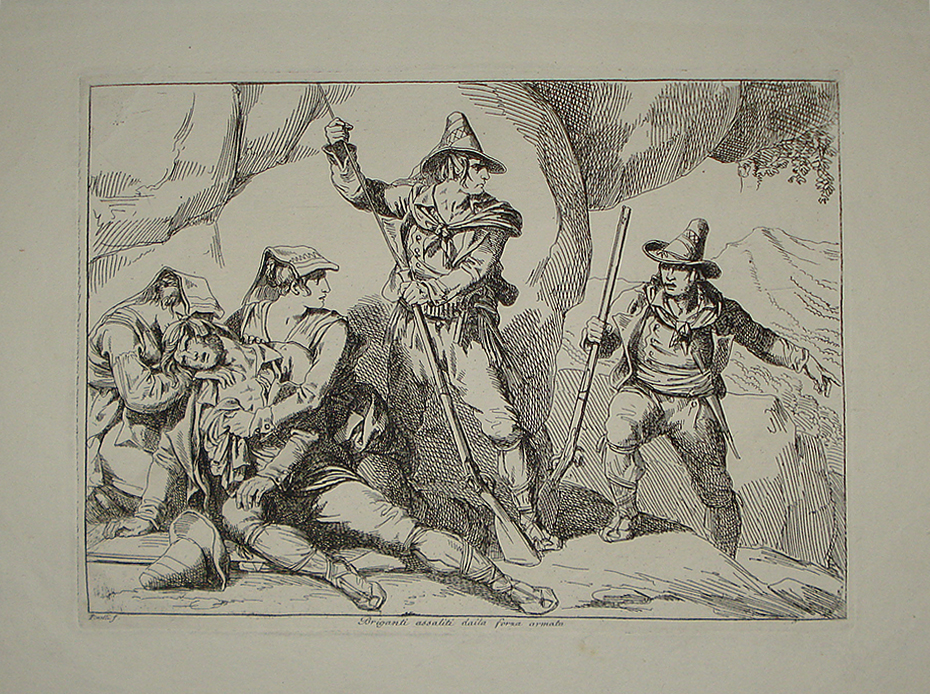 Brigands attacked by the armed force. Copper engraving of 1819. Measurement of the plate 20 x 27.5 cm. A brigand wounded by the police forces of the time, is treated by his comrades who are preparing to defend themselves. Sample in good condition. Engraved and published by Pinelli Bartolomeo. Painter, draftsman, modeler and engraver. Born in Rome on November 20, 1781, died in Rome on April 1, 1835. He began his studies at the Accademia di S. Luca and continued them in Bologna where he quickly became famous. He returns to Rome and begins to produce a considerable amount of drawings and prints. He provides the illustrations for the works of Virgil, Dante, Tasso, Cervantes and Aretino. In 1809 he published the first "Collection of picturesque costumes" consisting of 50 tables which were followed by other collections, always on the costumes of Rome, and numerous other works. Pinelli for his work can be considered: "the painter of the Roman people".