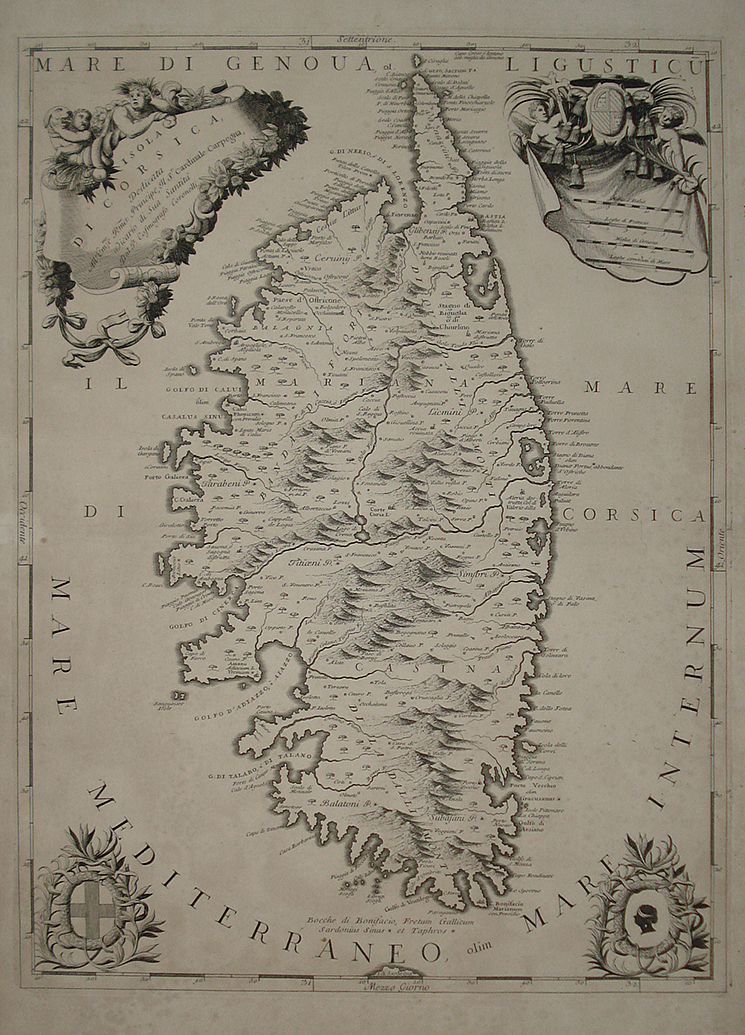 Corsica. Beautiful and large map engraved in copper in 1692 and published in this edition in 1696. Measurement of the engraved part 61.5 x 46.5 cm. Map of Corsica with decorative cardigli at the 4 corners. Extracted from the work "Universal geographic course ...". Examples in good condition, editorial margins, printed on laid paper with watermark. Engraved by Vincenzo Maria Coronelli (1650-1718) for an Italian Franciscan, cartographer and encyclopedist. In 1660 they were transferred to Ravenna and taught the art of Xylography. The skill learned here from Coronelli became fundamental for his subsequent production. In 1663, at a very young age, he entered the Franciscan Order of Friars Minor Conventual, becoming a novice in 1665. In 1666, at the age of sixteen, after studying mathematics and geography, he published his first work, a "Profane Perpetual Calendar". From 1678, Coronelli began to work in geography and commissioned him to build the globes that represented the earth and celestial bodies for the Duke of Parma Ranuccio II Farnese. Coronelli also dedicated 30 years of his life to writing an innovative universal sacred-profane library. The first great encyclopedia organized in alphabetical order, this book was to have 300,000 entries distributed in 45 volumes. Only the first 7 were complete.