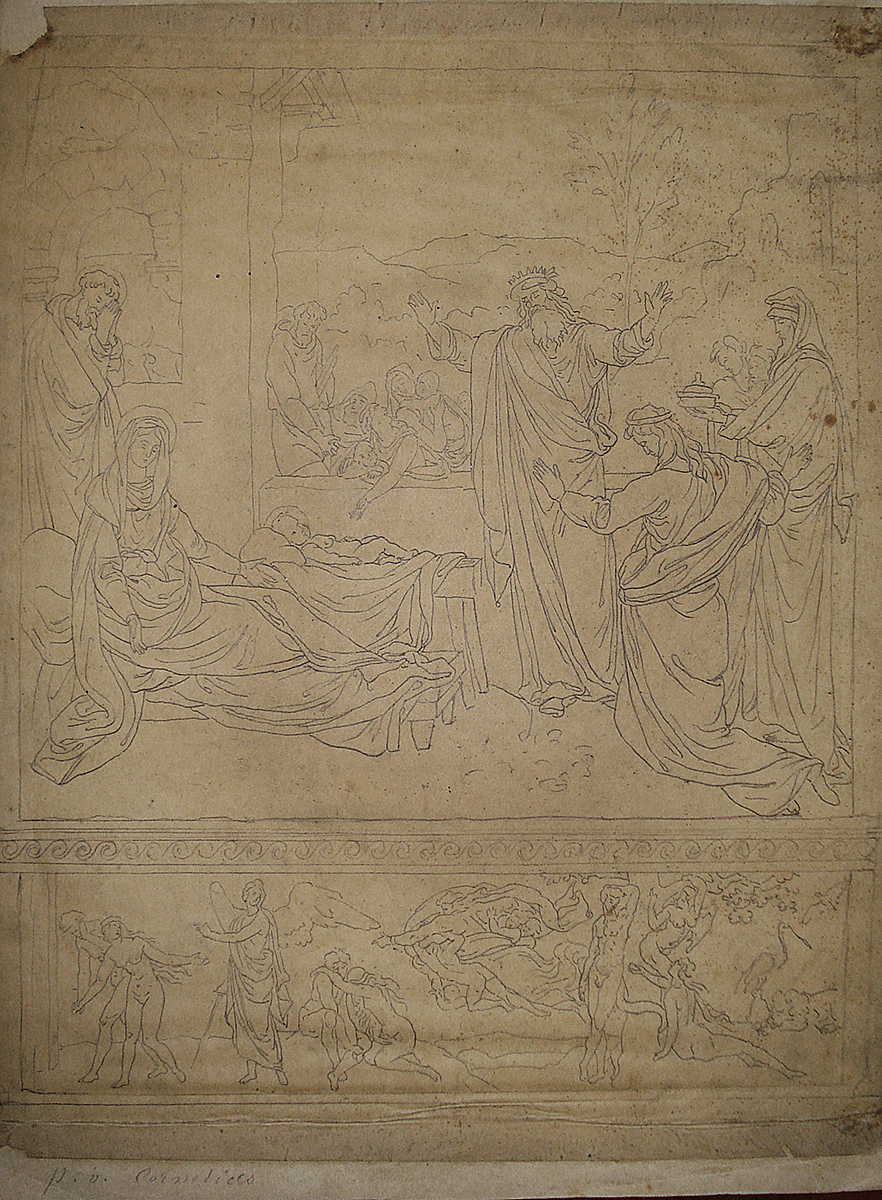 Adoration of the Magi. Beautiful pencil drawing of about 1850. Measure 27.5 x 22 cm. Two subjects are represented, probably the design was a sketch for an altarpiece, as in the tradition of Nazarene artists. In the main frame we see an Adoration of the Magi; below, instead, the expulsion from the Eden of Adam and Eve. The drawing is signed on the lower left, with a collection stamp on the verso. Executed on tissue paper, in turn mounted on nineteenth-century paper. Apart from some folds, it is in good condition. The author is Peter Von Cornelius (Düsseldorf, 23 September 1783 - Berlin, 6 March 1867). The son of an inspector from the Düsseldorf gallery, from an early age he showed a passion for design by copying engravings by Marco Antonio. On October 14, 1811, he arrived in Rome, where he approached the Nazarenes, destined to found a school of Germanic art. Together with the movement, he participated in the work for the Roman Bartholdy house, where he contributed with two Stories of Joseph, and a series of frescoes with themes from Dante, Tassesche, Ariosto at Villa Massimo. As an artist, Peter von Cornelius distinguished himself not only as a painter, but also as a theorist and reformer