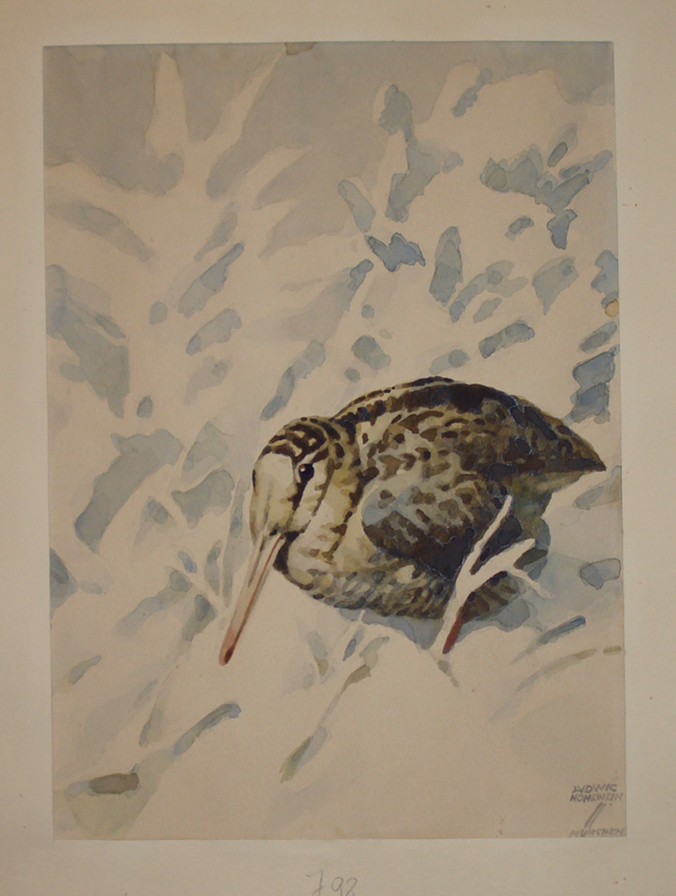 The Woodcock. Beautiful watercolor of about 1930, produced by the famous German illustrator Ludwig Hohlwein. Signed lower left. Measuring 30 x 22 cm In good condition. Ludwig Hohlwein (Wiesbaden, July 27, 1874 - Berchtesgaden, September 15, 1949) was an architect, painter and German illustrator. Together with Lucian Bernhard, Ernst Deutsch-Dryden, Hans Rudi Erdt and Julius Klinger was one of the most renowned artists in the field of advertising from the early '900 in Germany. During his study at the Technische Hochschule in Monaco he had his first illustrations for the magazine of the Akademische Architektenverein. After studying in Monaco and Dresden and after study trips to London and Paris he settled in Monaco to work as an interior designer for private homes, hotels and cruise ships. Since 1904, he began his activity as a graphic designer.