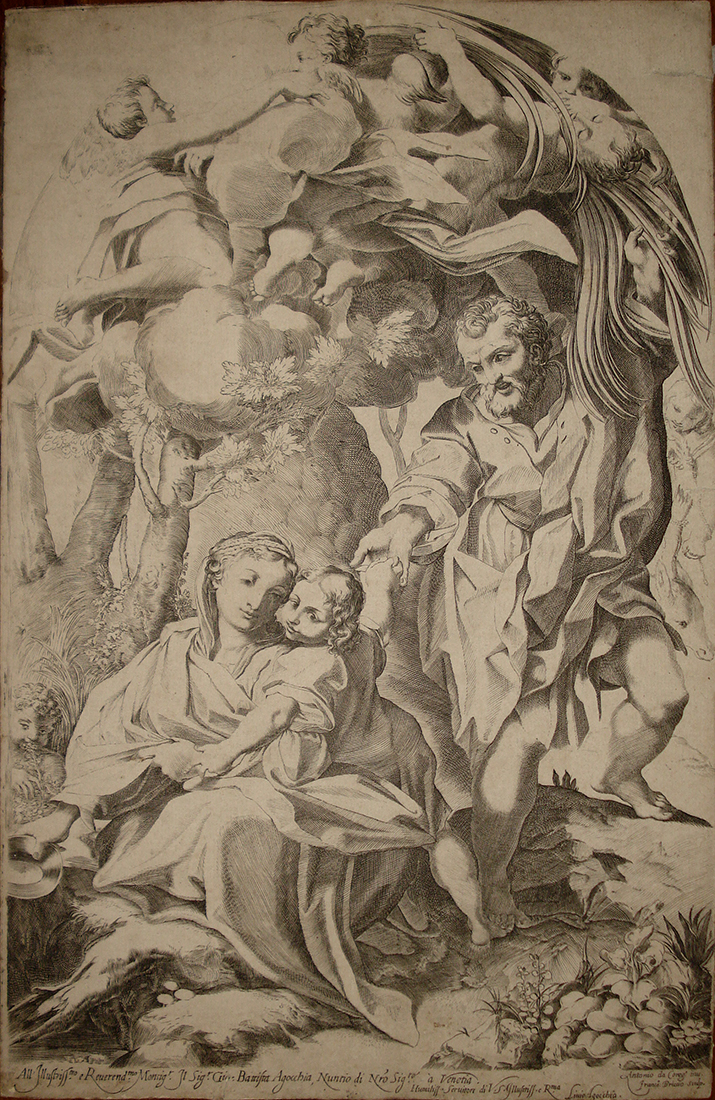 The Madonna of the Bowl . Beautiful copperplate of 1590-1623 . Measurement of 50.3 x 31.8 cm part engraved . Represents the Madonna of the Bowl of Antonio Allegri , known as Correggio . The scene is a Rest of the Holy Family in Egypt . Exemplary in fairly good condition , a small tear of 1 cm on the bottom and devotes one at the top right of 3 cm . Pasted on paper reinforcement , trimmed footprint of copper , on laid paper with watermark lily in the circle . Third state of three after the addition of the dedication of Livio Agocchia . Engraved by Francesco Brizio (1574-1623) was an Italian painter and engraver of the Bolognese school , active in the early Baroque . He was also known as Nosadella and was born in Bologna . He was initially a student of Bartolomeo Passarotti , but then became a pupil of Agostino and Ludovico Carracci .