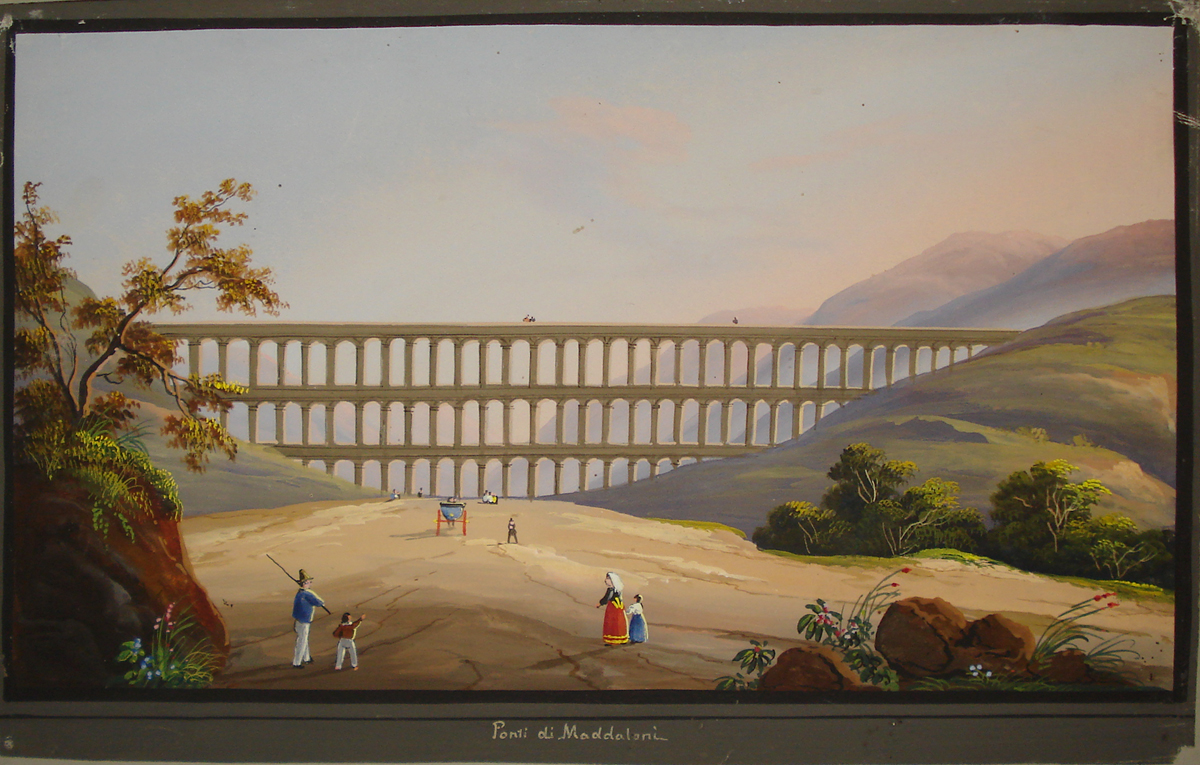 Bridge Maddaloni . Pretty gouache on paper of about 1860 . Is the Aqueduct Carolino designed by Luigi Vanvitelli in 1750 . The bridge passes in a valley called " the Maddaloni " , brings water to the Great Falls of the Reggia di Caserta , in the Campania region . At the time of construction was the longest bridge in Europe. Measuring 25 cm x 40. The gouache is in good condition , the two right angles have some small signs of wear and failure due to time . Without signature .